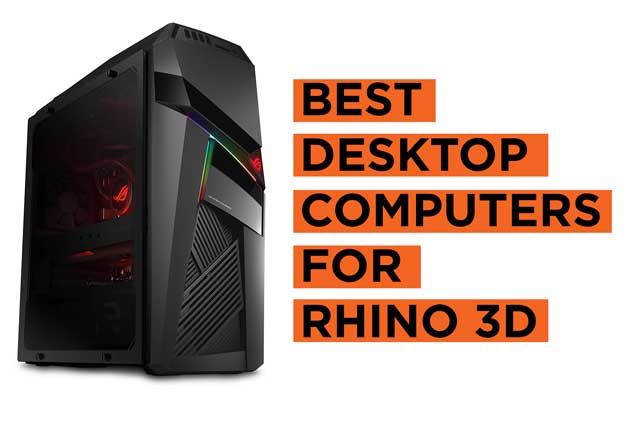 This article looks at the Best Desktop Computers for Rhino 3D. When it comes to versatility in the 3D modeling industry, nothing comes close to Rhino. There are features that you must get in your desktop pc for optimum use of Rhino 3D. First, is the processor. You get at least a Ryzen 7/ Core i7 in these desktop pcs. Modeling in this software is heavily CPU based. The powerful processor, enables you to get good performance when handling complex models.

As far as the GPU goes, these desktop pcs have a minimum of 4GB VRAM. This is necessary since you’ll also use the computer for other 3D Modeling, VFX and animation software. When it comes to the RAM, these pcs for Rhino have a minimum of 16GB. You are able to run other programs in the background, and switch between them without any performance issues such as lags and freezes.

Also take a look at the Best Desktop PC for Houdini in addition to the Latest Top Desktop Computers for Blender.

These are the Best Desktop Computers for Rhino 3D (2021):