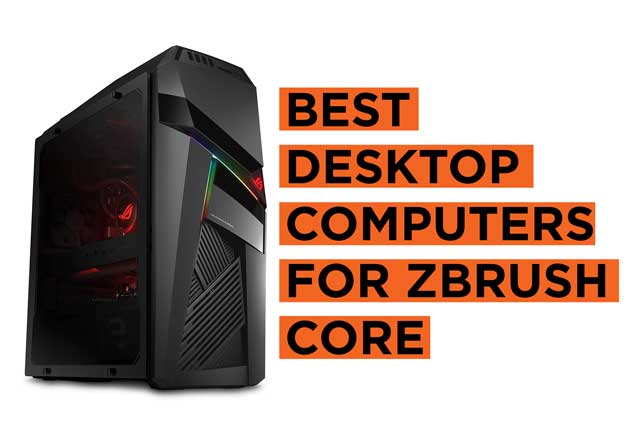 In this article, we’ll look at the Best Desktop Computers for ZBrush. If you are serious about digital sculpting and character modeling, texturing and digital painting then having a desktop computer that easily runs Zbrush core is quite essential. There are features that you must get in such a desktop First, these pc have at least an Intel Core i7/Ryzen 7 processor. Zbrush for sculpting is heavily reliant on and CPU based. That’s the reason why you get a fast processor with multiple cores. Speaking of the RAM, you get a minimum of 16GB. This is important for handling applications running in the background, the system and Zbrush.

Storage in an important feature. This is because ZBrush writes large temporary files to storage(scratch disk), especially for complex models with millions of polygons. For that reason, you need at least 2TB of internal storage. ZBrush itself is not heavily reliant on the GPU. However, you’ll most likely also use other programs such as Blender, Autodesk Maya, 3DS Max, Cinema 4D, which are heavily reliant on the GPU. For that reason you get at least 4GB Nvidia/AMD Graphics card.

These are the Best Desktop Computers for ZBrush Core (2021):