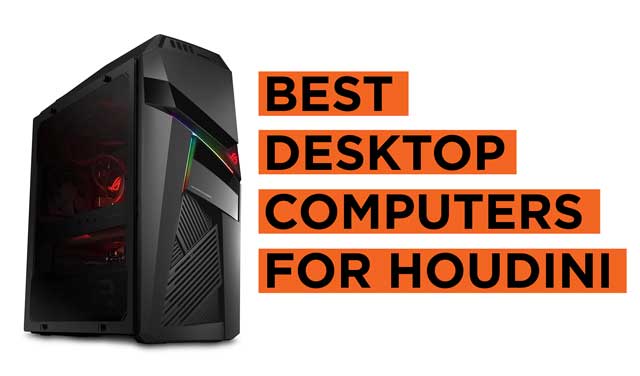 Here, we’ll look at the Best Houdini capable Desktop Computers. Houdini, is the industry standard when it comes to VFX. You’ll find it being used in both large studios and smaller ones. In order to unlock the full power of Houdini, there are features that you must get in a desktop computer.

First, you need at least an intel Core i7/ Ryzen 7. To add to that, a minimum of 8GB VRAM from Nvidia/AMD is what you get in these desktop PCs. This enables you to carry out modeling, FX, Shading and texturing, compositing, animation, rotoscopy, rendering and matchmoving without running into performance issues. Since it is you’ll not be using Houdini only, these desktop computers are also suitable for other programs such as Maya, Mudbox, Nuke, Cinema 4D and 3DS Max. Finally, these desktop pcs come with a minimum of 16GB RAM. Loading and multi tasking is faster and more intuitive.

These are the Best Desktop Computers for Houdini (2022):