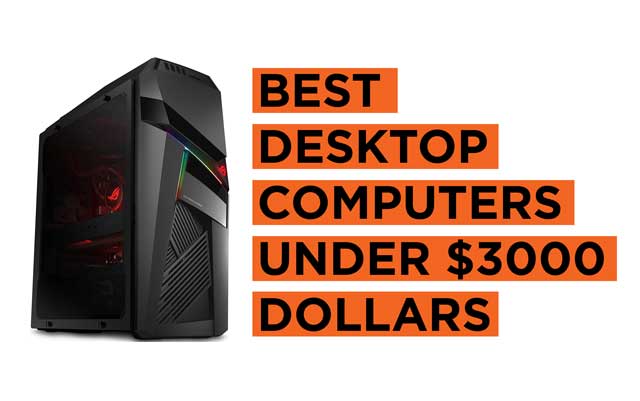 With around $3000, you get a high performance desktop computer that easily handles performance intensive programs and applications. Here, we’ll look at the Best Desktop Computers that cost less than 3000 Dollars. You can use these pcs for programs such as Architecture and Engineering CAD, 3D Modeling and animation, Video and Photo editing in addition to high frame rate gaming. I have listed computers form brands such as Asus, Dell, Alienware, Omen, HP, Lenovo, MSI and more. This list of best desktop computers below 3000 dollars, contains the key specs and features, in addition to the pros and cons. This information helps you make an informed purchasing decision that fulfills your needs.