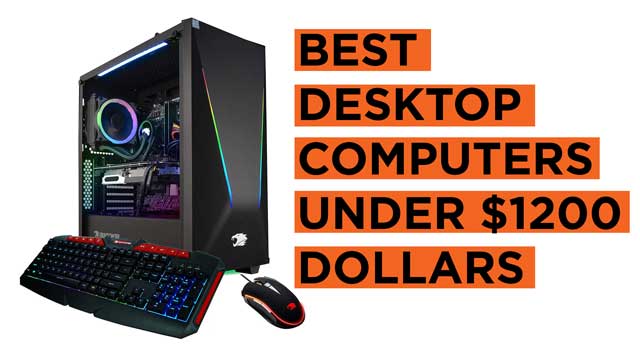 Here, we’ll look at the Best Desktop Computers Under $1200. As far as performance goes, for around 1200 dollars, you get a high performance desktop pc. These can handle programs such as 3D Animation and modeling, video and photo editing, high resolution gaming, Architecture and CAD in addition to general use such as home and office. This list of best desktop pc that cost less than 1200 dollars has the key specs and features. You also get the pros and cons of these pcs. This information helps you make an informed purchasing decision, which leads to a satisfactory product. I have listed computers from brands such as Asus, Dell, Lenovo, HP, Acer, Apple and more.