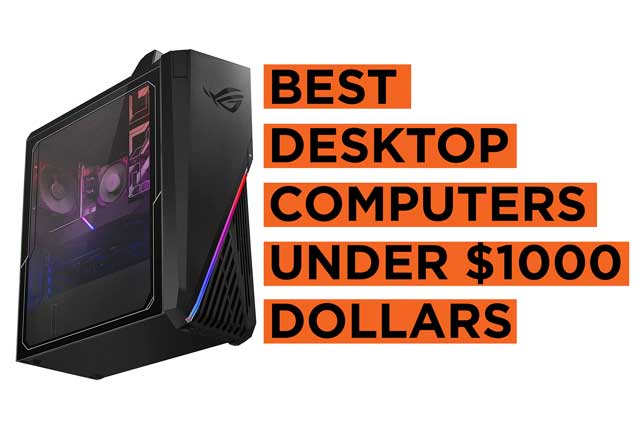 For less than 1000 dollars, you can get a high performance desktop computer. Here, we’ll look at the Best Desktop Computers Under $1000. These pcs, can be used for performance intensive programs. You can use these for 3D modeling and rendering, CAD, Architecture, High frame rate gaming in addition to 1080p video editing. Other uses include editing and writing documents, video conferencing in addition to general home use. In this list of top desktop computers that cost less than 1000 dollars, I have also included the key specifications and features, in addition to the pros and cons. This information helps you make an informed purchasing decision.