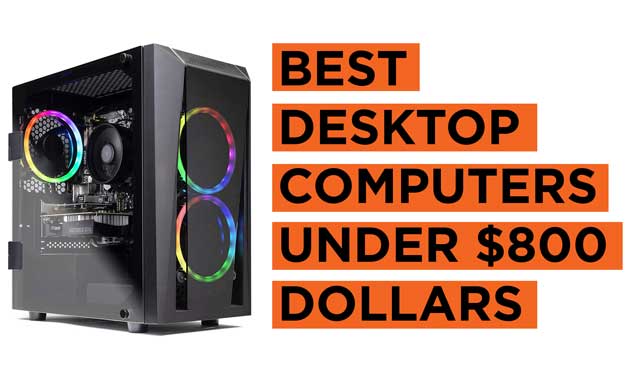 With 800 dollars, you can get a quality desktop computer that can be used for several years. Here, we’ll look at the Best Desktop Computers Under $800 Dollars. These pcs, can be used for some gaming, web browsing, video conferencing, Editing videos and photos in addition to CAD programs. You’ll get the key specs and features listed here, in addition to the advantages and disadvantages. This information, helps you choose the right desktop computer that costs less than 800 dollars. I have included brands such as Asus, Lenovo, Dell, HP, Acer, Apple and more.