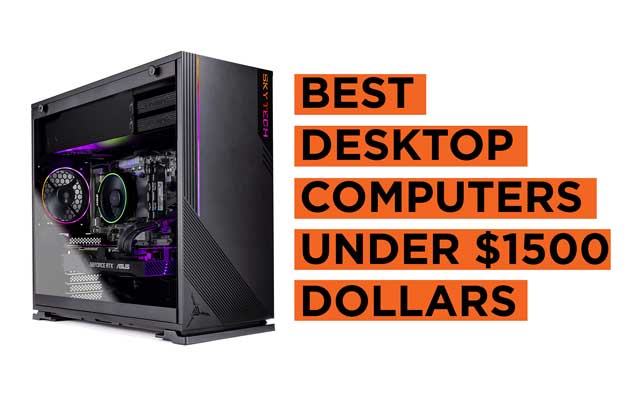 Here, we’ll look at the Best Desktop Computers Under $1500. For less than 1500 Dollars, you can get a high performance desktop computer. These pcs, can be used for performance intensive programs such as 3D Animation and modeling, Architecture and CAD, Video editing and photo editing, VR and High resolution gaming. This list of best under 1500 dollar desktop computers comes with the pros and cons, in addition to the key features and specifications. You’ll get computer brands such as Asus, Alienware, MSI, Dell, Acer, Lenovo, HP, iBuypower and more. You get a minimum of Intel Core i7/ Ryzen 7. Other features that have been taken into a large storage capacity, dedicated graphics card, design and build quality.