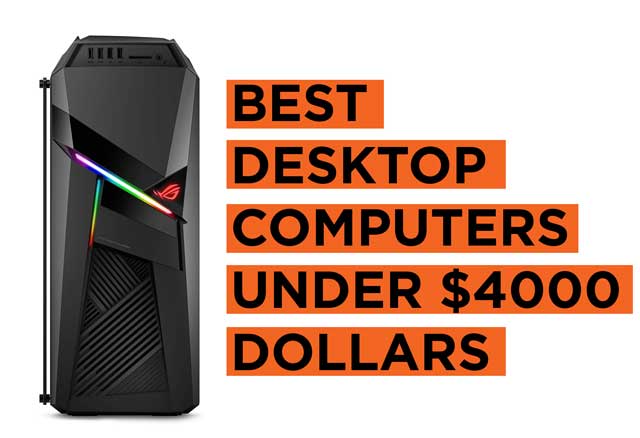 With a budget of $4000, you get top notch performance from your desktop computer. Here, we’ll look at the Best Desktop Computers that cost less than 4000 Dollars. You can expect at least an Intel Core i7/ Ryzen 7, or i9/Ryzen 9. These 4000 dollar desktop pcs, are suitable for performance intensive programs such as Architecture, Engineering and CAD, 3D Modeling and animation in addition to video editing. They can also be used for high resolution high frame rate gaming. I have included computer form brands such as Dell, Lenovo, Asus, MSI, Alienware, Omen and more.