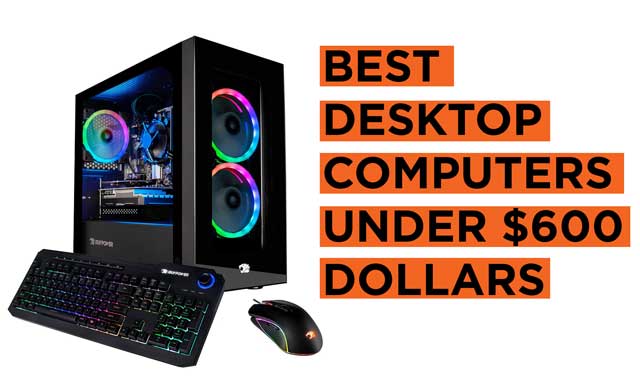 Here, we’ll look at the Best Desktop Computers that cost less than 600 Dollars. For under $600, you’ll get a desktop computer that is suitable for tasks such as web browsing, editing and writing documents, light gaming, light photo and video editing in addition to video conferencing and calls. These computers come with Intel Core i5, i3, Celeron, Ryzen 3 and Ryzen 5. More features that have been taken into consideration include a large storage, good design and build quality in addition to overall performance. This list of best under $600 desktop computers comes with the pros and cons, in addition to the key specifications and features.

Also take a look at the Best Desktop Computers Under $700 in addition to the Best Under 800 Dollar Desktop PC.