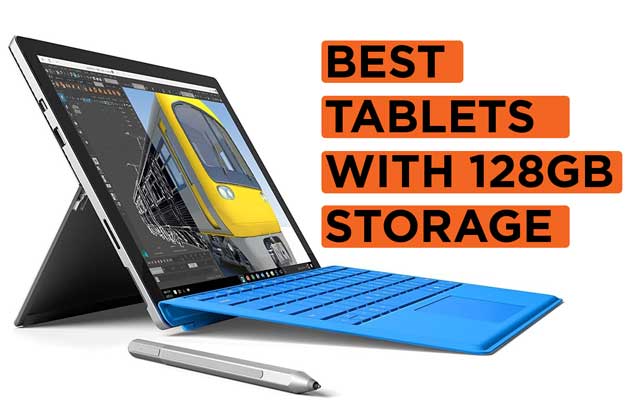 A 128GB ROM tablet, enables you to have the freedom of taking thousands of photos, having several large games installed in addition to even taking 4k videos. Her, we’ll look at the best tablets with 128GB Storage Capacity.

For most average users, in a tablet, you’ll find that 128gb is pretty hard as far as filling it with your files. This capacity, can be comfortably used for installing large apps, having thousands of photo and music files.

In fact, it will take years before you fill this with normal usage. It is a good way of future proofing against running out of storage space.

Other factors that have been taken into consideration, in this 128GB Best Tablet List include; good design and build quality, quality cameras, wireless keyboard support, quality HD Display, in addition to good performance.

You can also take a look at the Best 256GB Storage Tablets in addition to the Best Tablets with a Large Storage Capacity.

The Following are the Best Tablets with 128GB Storage Capacity (2021):