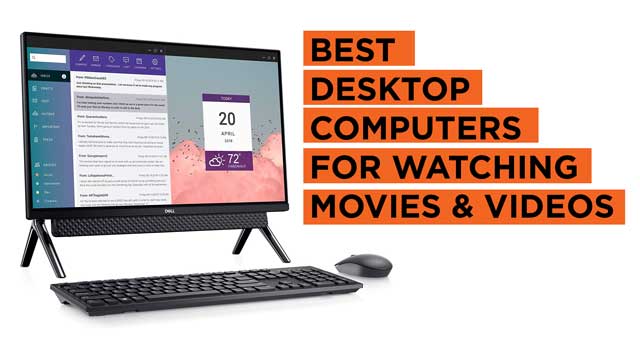 Watching videos, movies and tv shows, is a great way to pass time. Watching can be on platforms such as YouTube, Netflix, Disney Plus and Online videos. Here, we’ll look at the Best Desktop Computers for watching videos. After using some computers for some time, you find that they slow down to a crawl. That is the reason why the desktop pcs listed here, come with at least 8GB RAM. With this, you are able to run other programs at the same time without running into lags and freezes. As far as the processor goes, you get a minimum of Intel Core i3/Ryzen 3. This enables fast program launches, and increased responsiveness. This list of best desktop computers for watching videos has the key specifications and features, in addition to the pros and cons. You’ll get brands such as Apple, Asus, Lenovo, Dell, HP and more.

These are the Best Desktop Computers for Watching Videos:

Best Desktop Computers for Personal Use