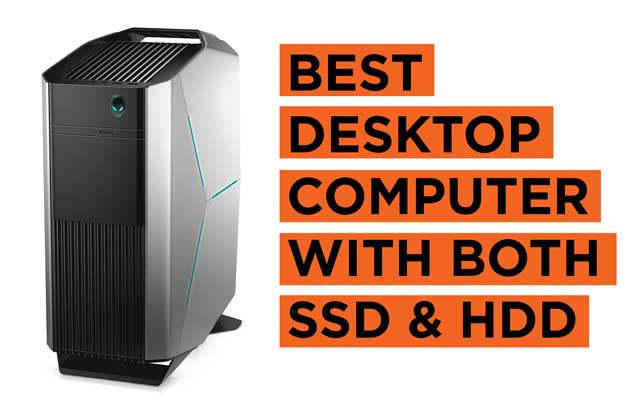 One huge advantage of SSD, is speed. Here, we’ll look at the Best Desktop Computers with both SSD and HDD. These two features, complement each other. The HDD provides a large storage capacity at an affordable price. The SSD, though relatively expensive, has the advantage of very good performance. SSDs, are particularly important for Video editing, 3D Animation, Rendering, Architecture and Design. Programs load faster and are generally more responsive. So a combination of an SSD and HDD provides the right balance between performance and raw storage capacity.

This list of best desktop pcs with both HDD and SSD, contains the key specifications and features. In addition to that, you get advantages and disadvantages. This information helps you to choose the most suitable desktop computer with HDD and SSD. You can get computer brands such as Asus, Acer, Dell, HP, Lenovo, MSI and more. You can also take a look at the Best Desktop Computers with 2TB of Internal Storage in addition to the Best Desktop PCs with 1TB Storage Space.

The Following are the Best Desktop Computers with Both SSD and HDD (2021):