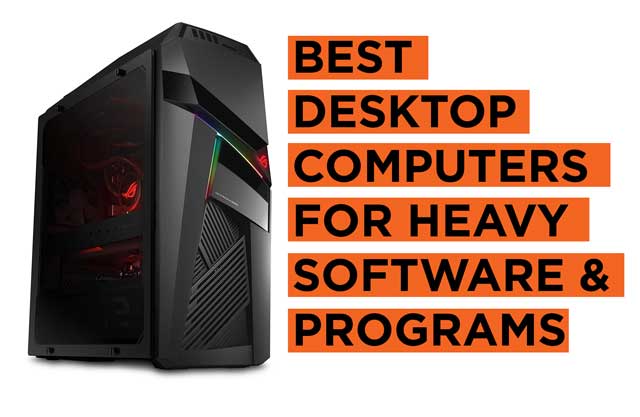 In this article, we’ll look at the Best Desktop Computers for Heavy Programs and Software. If you’ll be running complex projects, then a high performance desktop computer is necessary. These programs might include 8K Video editing programs such as Premiere Pro or CAD programs such as Solidworks or 3D Animation and rendering such as Blender and Cinema 4D or even architecture a design programs such as Revit and Lumion. There are features that you must get in these desktop pcs capable of running heavy programs.

First, you get at least an Intel Core i7/ Ryzen 7 processor. When using demanding software, then you’ll get fast response times and execution of commands. It is also common to have other programs running in the background. For that reason, you get at least 16GB RAM to avoid lags and freezes when switching between these programs. As far as the graphics card goes, these pcs have at least 4GB VRAM of either Nvidia or AMD Graphics card. This handles graphic intensive programs to offload some of the work from the CPU.

These are the Best Desktop Computers for Heavy Software Programs :