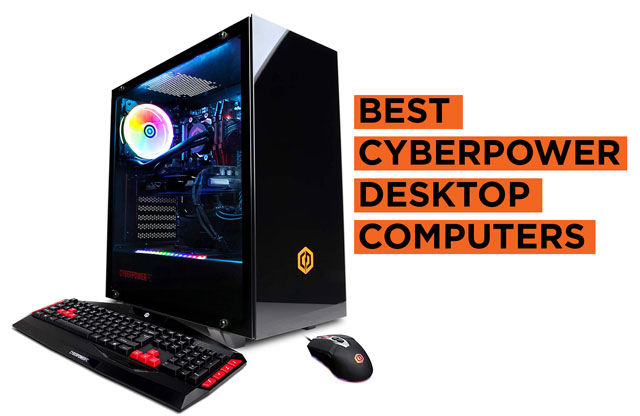 CyberPower Desktop Computers, come with good performance, at an affordable price. These computers, can be used for performance intensive programs such as Video and Photo Editing, CAD, 3D Modeling and animation, in addition to Architecture and Graphic Design. Today, we’ll look at the Best CyberPower Desktop PCs to buy.

These CyberPower prebuilt PCs, run Windows 10 Operating System. You get intel Core i5, i7 and i9 processor, in addition to their Ryzen counterparts. Large storage capacity and large RAM, are the two other features that ensures that you get constant good performance from your machine. These systems can be used at home, or at the office.

You can also take a look at the Best SkyTech Desktop Computers in addition to the Best IBUYPOWER Desktop PCs.

These are the Best CyberPower Desktop Computers: