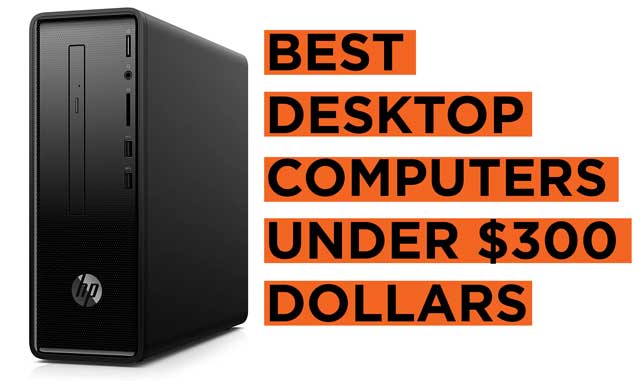 Here, we’ll look at the Best Desktop Computers that cost less than 300 Dollars. With around $300, you can get a decent desktop computer. You can use them for tasks such as web browsing, editing and writing documents, light gaming, watching videos in addition to video conferencing. At a price range of 300 dollars, you should not expect to run performance intensive programs such as Video editing, CAD, Rendering Software, in addition to high frame rate gaming at a high resolution. This list if best under 300 dollar desktop computers has both the pros and cons, in addition to the key features and specifications.